The event was hosted by Dr. Lily Neo, Adviser to Tanjong Pagar GRC Grassroots Organisations. This performance was particularly significant to Joel & Benjamin as it was their first time involved in a public performance! Well done!

After their performance, our performers were honoured to take a group photo with Dr. Neo to conclude the night! 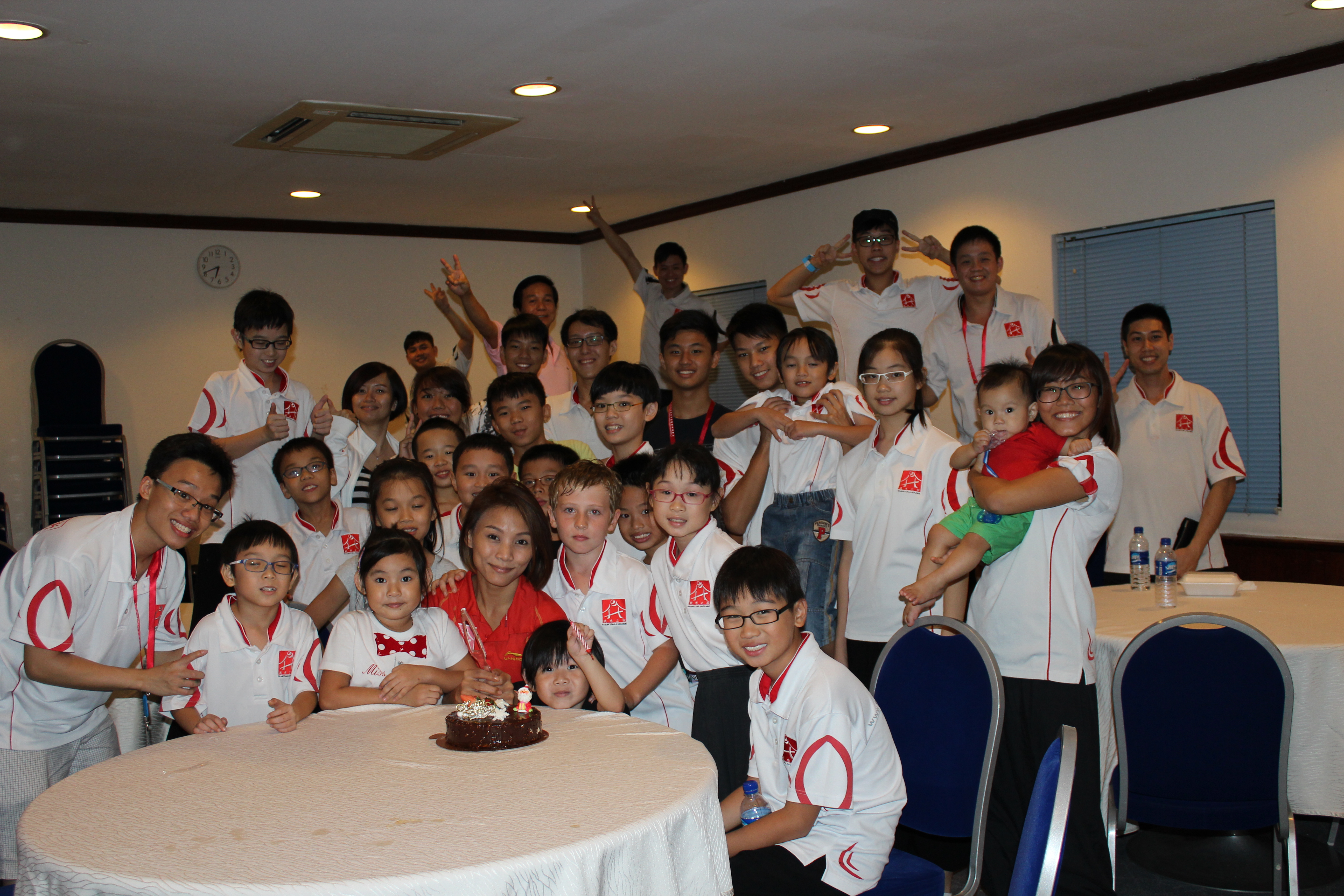 From 16 to 19 December 2014, Martial House conducted its first ever APEX Camp! With the objective of inculcating independence, teamwork, social networking skills and moral values in students, the team of coaches from Martial House has planned a series of action-packed and fun-filled activities for the young student campers throughout the 4 days!

Four outstanding Martial House students – Seow Wei Kai, Tan Kairui, Cheong Neville and Loh Yan Ping, were shortlisted to be student leaders for the camp. It was a test of their leadership and communication skills as the student leaders had to lead the young campers throughout the entire camp! It was definitely a challenging task for the leaders as most the campers were hyperactive and playful!

Even though it was tough and tiring, the leaders felt that the camp experience was a fruitful and memorable one! On behalf of Martial House, I would like to thank the student leaders for all their hard work, commitment and dedication!

One of the camp highlights was the rock climbing and high elements challenge, whereby the campers had to overcome their fear of heights while completing the various obstacles. It was heartwarming and encouraging to see fellow campers cheering each other on when the campers were attempting to overcome each obstacle. 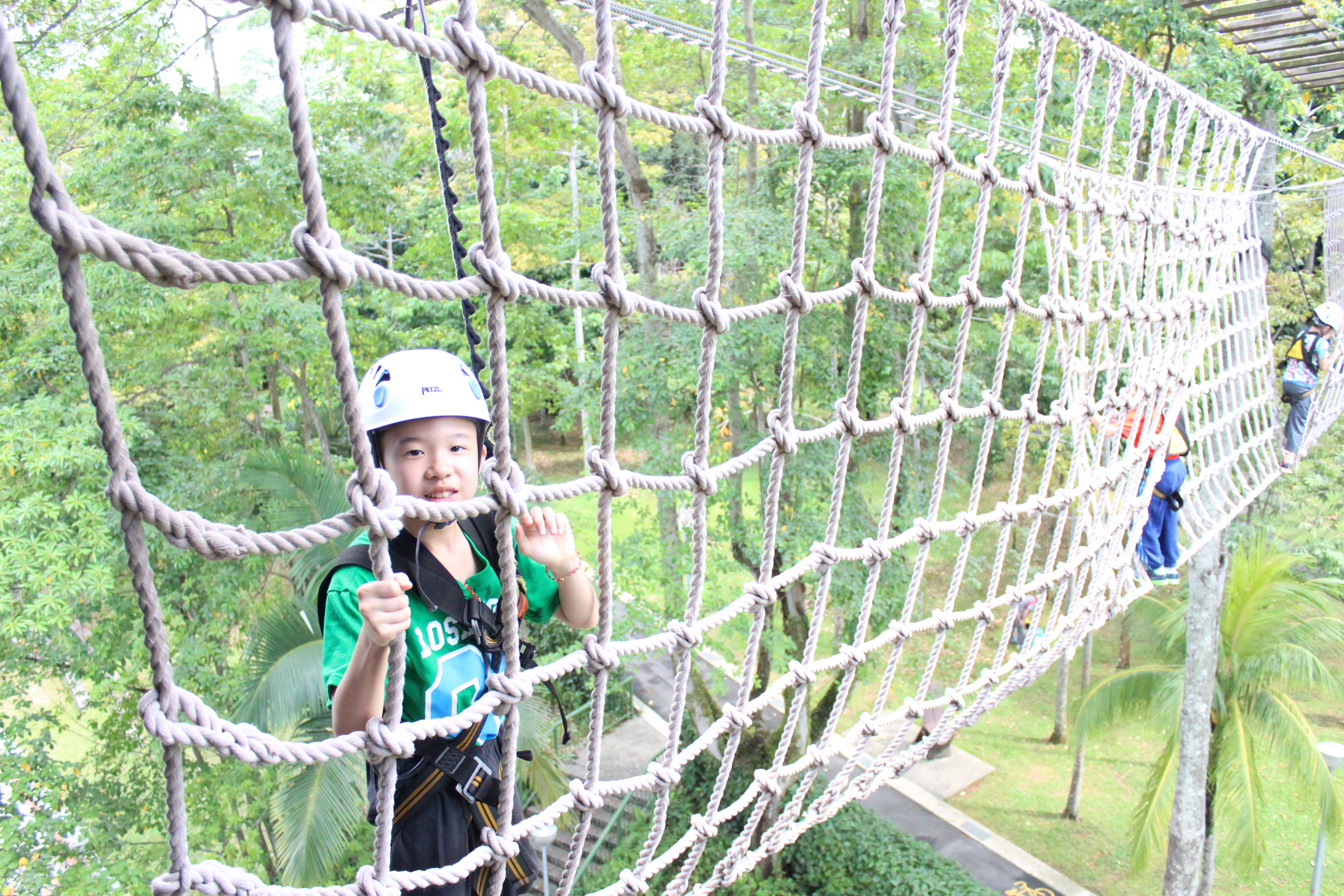 During the rock climbing challenge, Ryane Lim was the only one who managed to reach the top of the 25m sport climbing wall – the tallest free-standing wall in Southeast Asia! None of the other campers, student leaders, or even the coaches managed to complete the climb. What’s even more impressive is that Ryane successfully reached the top not only once, but twice!

Besides the regular training and outdoor activities, theory lessons were conducted for campers to better understand and appreciate the cultural values of the traditional Chinese martial art.

On 19 December 2014, during the last night of the camp, family and friends were invited to watch a series of performances, specially prepared by the campers. The performances were filled with so much creativity and humour that the audiences kept laughing and smiling throughout the night! 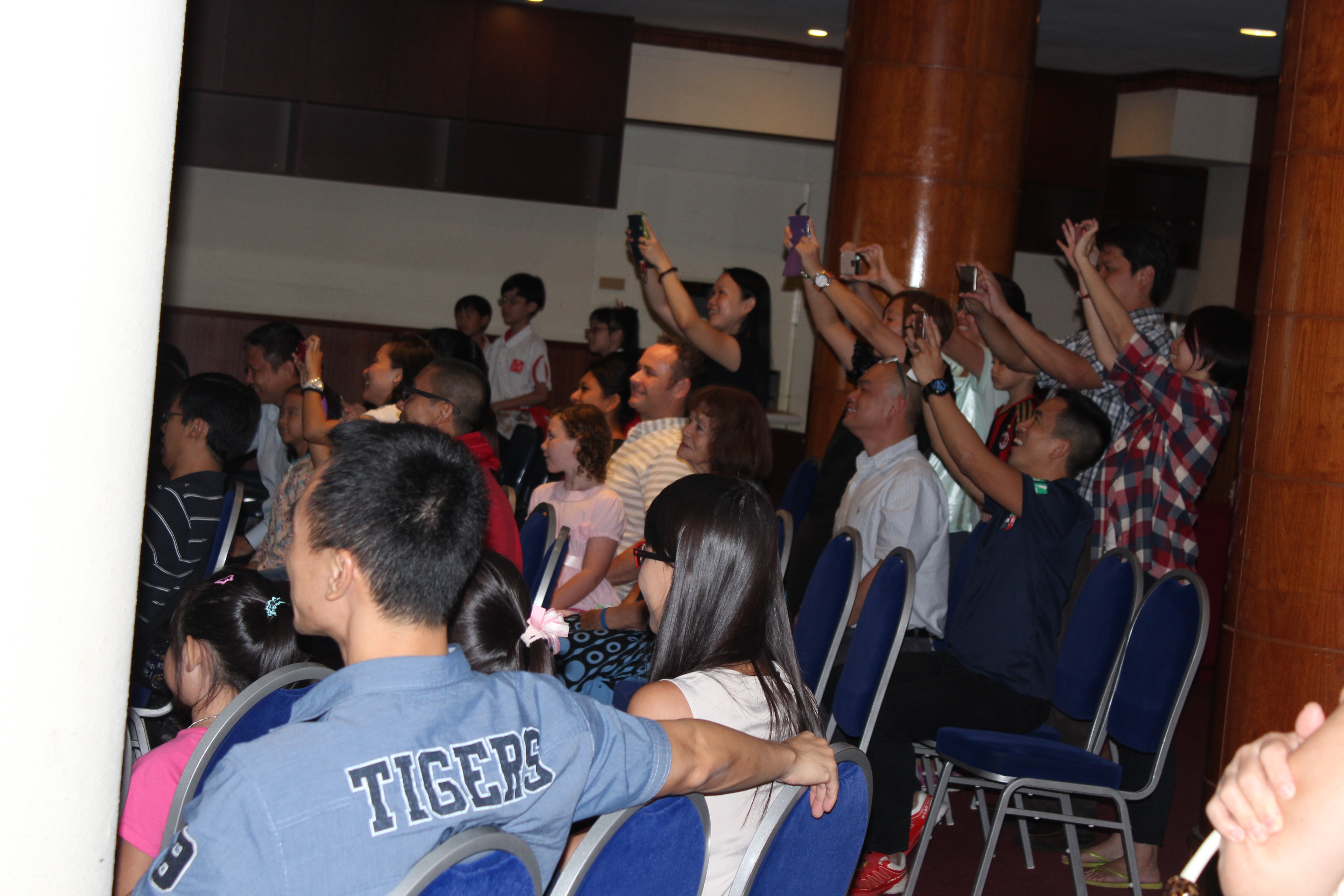 Each camper was presented with a Certificate of Completion for successfully completing the 4-day APEX Camp. Outstanding campers were also awarded with Certificates of Excellence. 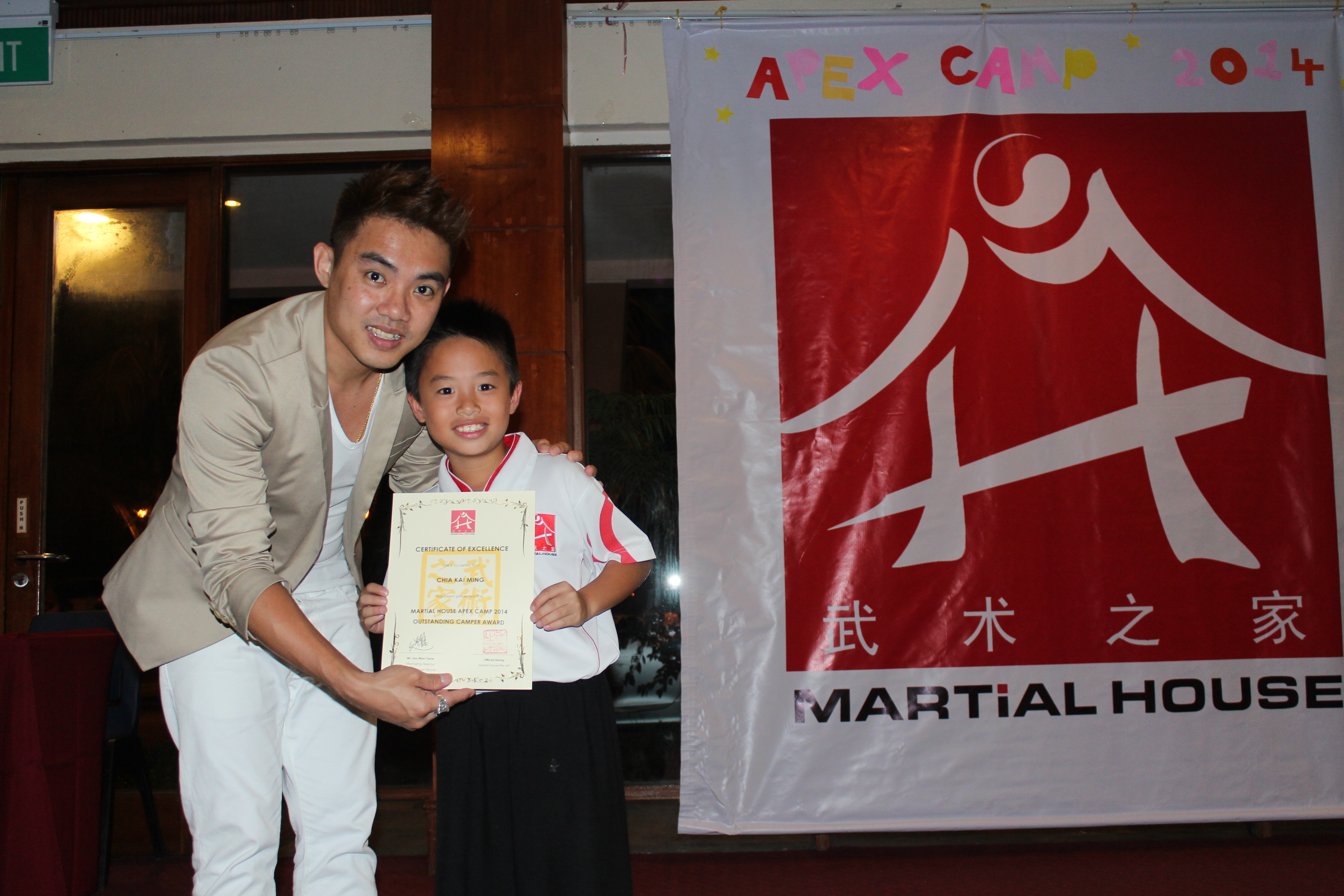 On behalf of Martial House, I would like to thank the campers and parents for attending the camp and for giving their never-ending support. To the coaches, student leaders and helpers, Martial House Apex Camp 2014 would not have happen without you. Thank you. Below is a video montage of the camp. Hopefully, it will help retain some of the many memorable moments we have shared throughout the 4 days. https://youtube.com/watch?v=gzguKJYWXek https://youtube.com/watch?v=rgbUyFk2nmw Do look forward to a much more exciting APEX Camp in 2015!

Merry Christmas! 25 December is a date when many would celebrate Christmas! However, to Martial House, there is another significance. It is the 1st anniversary of our studio, Martial House @ Katong!

Hour Boutique is located at 3 Coleman Street, Peninsula Shopping Centre, #01-31, Singapore 179804. Click here to visit Hour Boutique’s website. Simply flash your Martial House Star Card to enjoy additional 10% discount for Seiko, Deep Blue & Michel Herbelin watches and/or additional 5% discount for Casio G-Shock watches. * Terms and conditions apply. Merchants reserve the right to vary, amend or withdraw any of the discount(s), terms and conditions without prior notice. Note: For Star Card members who sign up before 1 April 2014, a Star Card will be issued upon renewal. For Star Card members who sign up or renew on 1 April 2014 or later, a Star Card will be issued to you. If you have yet to receive your Star Card, kindly send an email of notice to [email protected]

Working with Wild Rice was definitely enjoyable and fun as you can see in the photo below whereby Wild Rice Founding Artistic Director, Mr. Ivan Heng is striking a comical pose with our Martial House Coaches!

The staff and students of Martial House are definitely looking forward to work with Wild Rice again! Martial House would also like to thank the coaches and parents for their never-ending support despite the hectic rehearsal and show schedules.

Not forgetting, today is Christmas. Thus, Martial House & Wushu Daze would like to wish all readers a blessed Christmas and may your wishes come true! 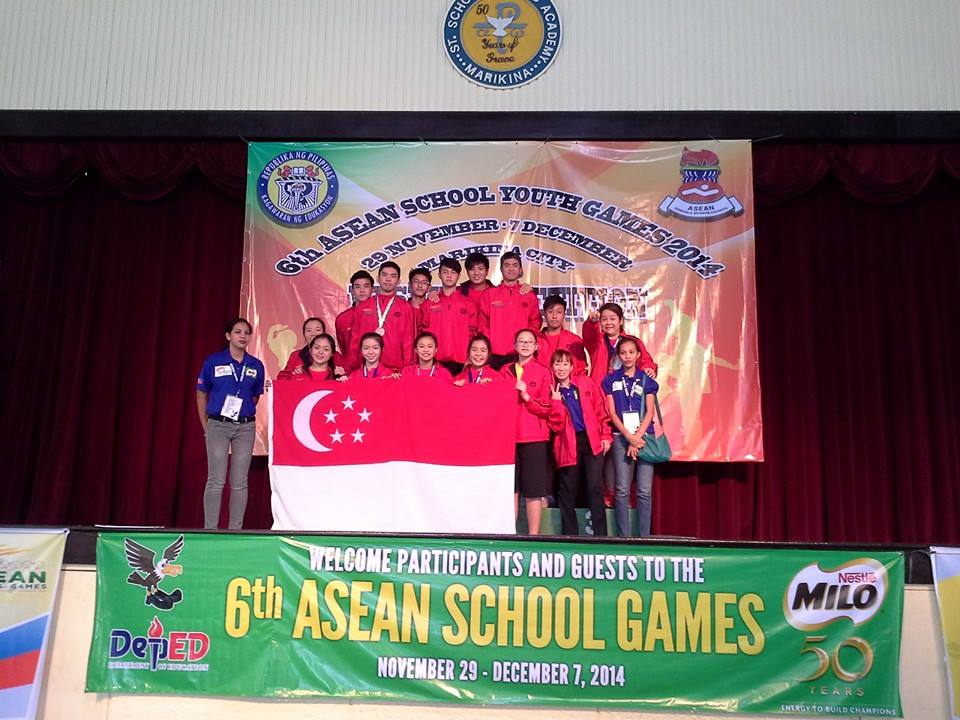 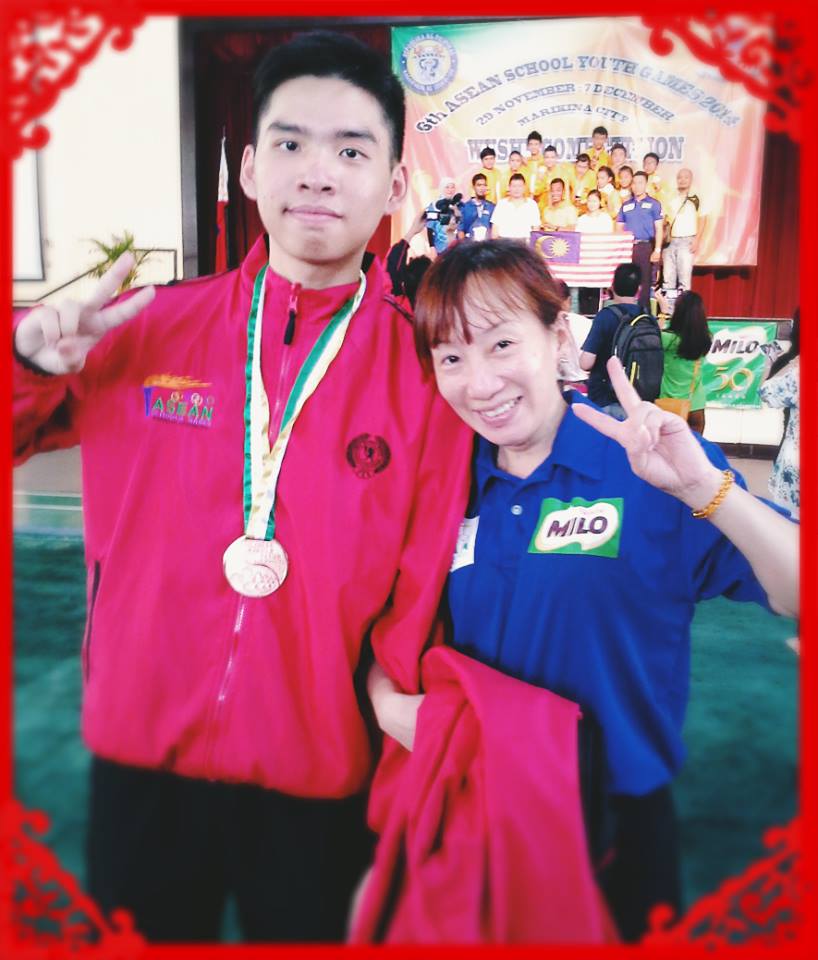 P.S. The medals are awarded based on the athletes’ total combined scores for 2 events and not based on scores of individual events as mentioned is the previous 2 posts. Corrections have been made and Wushu Daze would like to apologise for the confusion caused.

Wushu Daze would like to thank Martial House Coach, Wang Kai Ting, for providing us with the latest updates and photos of the competition. Also, congratulations to Coach Kai Ting for completing her duties as the judge of the 6th ASEAN Schools Games!

Catch Lee Chyi Fang’s exclusive interview by the Ministry of Education (MOE) below. https://youtube.com/watch?v=eYhSG80pRyI Once again, congratulations to all athletes for completing the competition and let’s wish Martial House Star, Emily Sin and her team mates, Lee Tze Yuan and Low Jia Jia Gladys all the best for the ASEAN University Games which will commence next week!

In the Women’s Group A Changquan event, Jonit Kiong and Lee Chyi Fang attained the 1st and 3rd placing respectively, and in the Men’s Group A Taijiquan event, Benedict Khoo, from Meridian Junior College, achieved a 3rd placing!