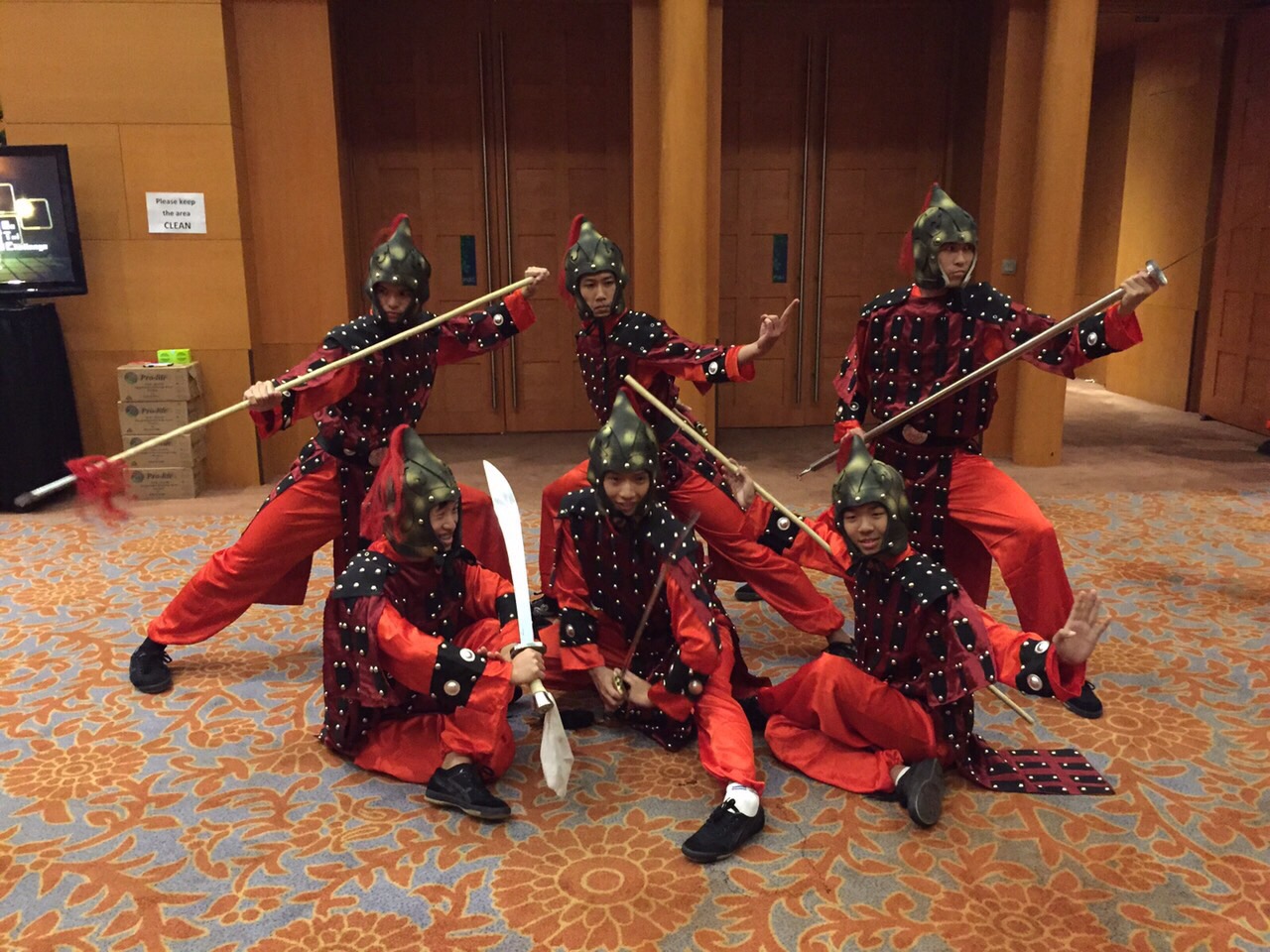 On 13 August 2015, a team of Martial House Stars performed in the GeTai Challenge – The Ultimate Battle at Resorts World Convention Centre. The GeTai Challenge is a MediaCorp Channel 8 singing competition among current GeTai singers which aims to celebrate SG50 and the unique culture of Singapore.

The Martial House Stars, Yap Wei Ren, Eugene Yeo, Bryan Wong, Shawn Tan, Seow Wei Kai & Brandon Lee, performed alongside with Marcus Chin, a renowned actor and DJ, who is also one of the contestants of the competition!

With the combined effort of all the performers, Marcus Chin was emerged the First Runner-Up for the competition! Congratulations! The GeTai Challenge – The Ultimate Battle will be broadcasted on MediaCorp Channel 8 at 7.00pm. Do watch the show to catch the Martial House Stars in action!